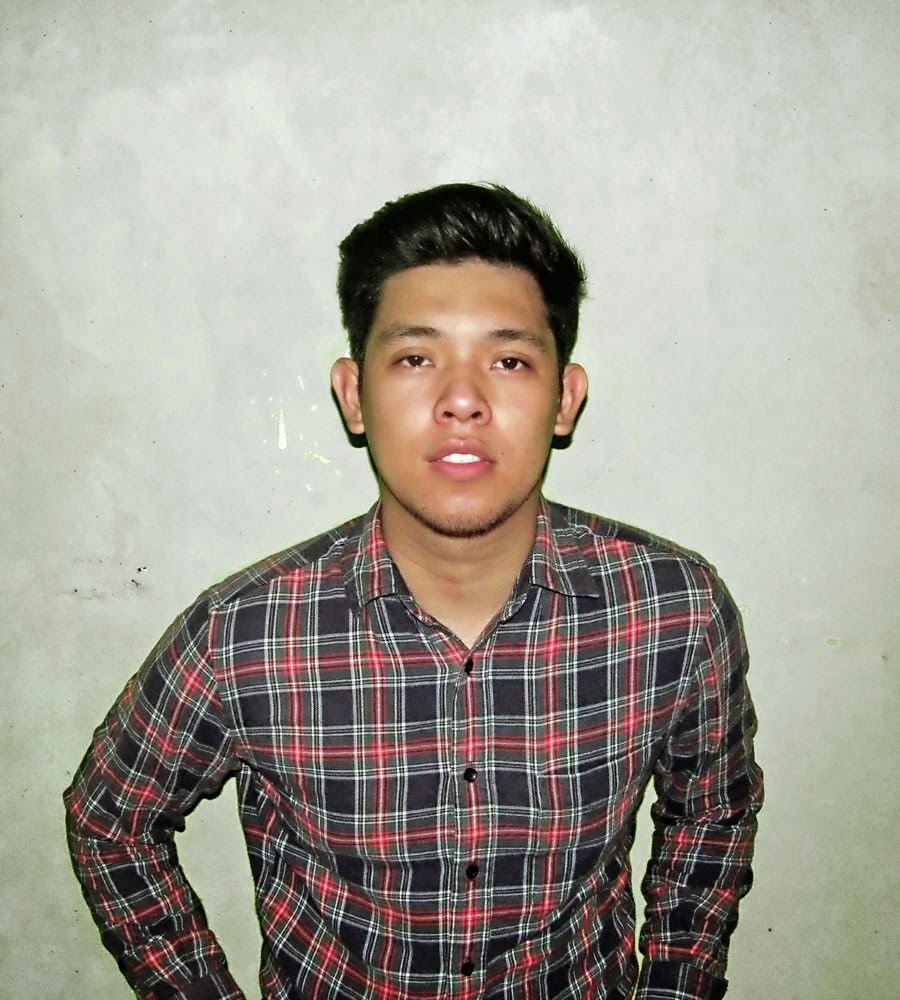 Anjo is a self-taught artist whose works have been showcased and exhibited in several international venues: Japan, Shanghai, Singapore, France, Belgium, Germany, US, Spain, London, Malaysia and in New York. As a community founder of Behance Philippines, co-founder of Designers of Asia, core member of 98B COLLABoratory, a contributor of Get Freaky, an illustration magazine based in France, and an illustrator for LAVIO, an illustration Agency in Barcelona, Spain.  Bolarda has a wide avenue in exploring his creative outlets. His pen and ink renditions are highly detailed, evoking an edgy contemporary quality.  Recently, he joined an artist duo named Project FreeFlow along with his buddy Martojaks Wayleon, a concept artist and illustrator based in Malaysia.  Bolarda was an artist assistant during Project Glocal 2012.

Lam is a sculptor specializing in large-scale site-specific works of mixed-media sculptures and installations, which are mainly made with recycled materials like crate wood, old furniture and recycled fabric. In recent years, she has been involved in many public art and community projects in Hong Kong and overseas. Her works often explore issues related to local culture, history, the society and current affairs. She has participated in many local and international exhibitions, as well as artist residency programmes.  Among them were in Lamu in Kenya, Hualien in Taiwan, Dhaka in Bangladesh, Shanghai in China, New York in the United States and Toronto in Canada, etc. Lam participated in the contemporary art festival, “SetouchiTriennale 2013”in Japn, “Subvision.art.festival.off.”in Hamburg, Germany, in 2009 by Invitation. She was the New York Urban Glass visiting artist fellow in 2007-2008, the invited artist of the 10th anniversary of Tree Museum in Toronto, Canada in 2007 and fellow of the Desiree and Hans Michael Jebsen Fellowship of Asian Cultural Council in 2006. Lam was also one of the highlight artists selected by the Hong Kong Art Promotion Office for its “Artists in Neighbourhood Scheme II 2003”. The community project she started in Hong Kong in 2009 is titled “Micro Economy”, which acquired the exhibition presented by Hong Kong Arts Centre: Jaffa Lam Laam Collaborative: Weaver. 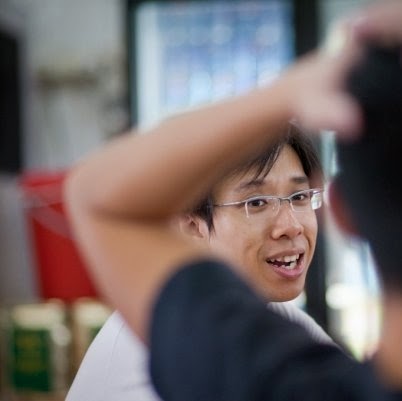 Lin is inspired by themes of built environments and the home, Lin uses fabric and threads on various supports like wood and canvas to create mixed media works that mediate drawing, painting and installation. Some of the international exhibitions he has participated in include City_net Asia (Seoul Museum of Art, 2007) and Take Me with You, Loewe 160th anniversary (Circulo de Bellas Artes Madrid and Mori Art Museum, Tokyo, 2006). In Singapore, he has also shown at OH! Open House (Marine Parade Estate, 2011) and Threads (Singapore Art Museum, 2008). His accolades include the Asian Artist Fellowship 2007 conferred by the National Museum of Contemporary Art, Korea and the Jurors Choice award in the Philip Morris ASEAN Art awards 2004. Lin’s works are featured in the collection of Singapore Art Museum and Gwangju Metropolitan City Council, South Korea.

Lo graduated from National Taiwan University of the Arts, Graduate School of Plastic Arts. He currently lives and works in Taipei, Taiwan. Lo focuses on the special textures present in our daily life, seeing them as n Walter Benjamin’s discourse— fragments and reflections of a complete structure, a whole world. His works can be viewed as organic documents, unlimited to specific mediums, attempting to arouse inquiry and contemplation on ever-changing warped messages. Lo has been an artist in residency at Treasure Hill Artist Village, Taipei in 2010, and at BankArt 1929 NYK, Yokohama/Japan in 2012. His works place emphasis on the temporality in processes of creating and interacting with the community, networks, or spectators, whereby the fragmented, fissured, and forgotten history can be restored or even fictionalized. They are about seeking one’s identity, residence, hometown, and city within contemporary society—those long forgotten, unseen ghosts. He has participated in the 2011 Rencontres Internationales Paris/Berlin/Madrid at Centre Georges Pompidou, Paris/ France, and also Une terrible poetique, La Biennale de Lyon, France. 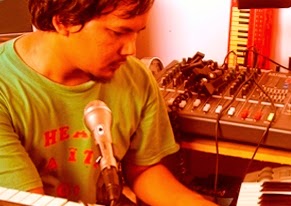 Kamal is an Ipoh-based artist, designer and researcher. He is the founder and composer behind the experimental music project: Space Gambus Experiment. Kamal’s works explores sound or music projects into interactive installations collaborating with visual artists, musicians and scientists. His work stands at the intersection of art, science & technology where he looks into the multidisciplinary approach in finding new concept of creative journey. Through years of creative exploration, he has collaborated with many artists, researcher and scientist. He is also the founder of a group known as “Electroprimitive”, performing a combination of electronic-acoustic instruments, sound poetry, experimental-improvised music, media art and theatre. Kamal received artist-in-residence of national space agency Malaysia 2005-2006, have won a young & contemporary new media artist from National Art Gallery Malaysia in 2004, Nokia grand prize winner for best music video director Kuala Lumpur/Singapore 2007 and ASEAN New Media Award held in National Art Gallery Jakarta, Indonesia in 2007.

Sarah Ameera is a digital media artist who experiments in visual artistry of the analogue and digital.She received her education in Multimedia University with a Bachelor in Multimedia (Hons) Digital Media (now known as Media Arts), intending to pursue her interest in the mysteries of life, science and art, while encouraging people to love and celebrate themselves; their talents and multiple intelligence within their own means, with passion and creativity. She has collaborated and worked closely on making props, illustrations, experiments, live video projections, and music videos for a number of creative events, art collective and artists likeLiyana Fizi, Ferns, Pastel Lite, Jack In the Box Penang, We Are Kix, Converse Jamboree, ASWARA, DA+C Festival.


Hailed from Johor. Aisyah is a Fine Art graduate from the Universiti Teknologi MARA (UiTM), Shah Alam. She is one of the co-founders of TIGA (Tindakan Gerak Asuh). TIGA consist of three core members whom are full time artist, actively participating in local and international art exhibitions as well facilitating art workshops for Community, Therapy, Carnival and Festival. Now, TIGA held various projects such as, ‘The Journal of Healing Journey’, a free Art therapy Workshop for HIV and AIDS people in Batu Arang, Rawang. One of the co- founders of TIGA, (Tindakan Gerak Asuh). TGA also had recently held an art space called ‘Pusat Sekitar Seni’ (2013), organizing Program related to the community, arts and environment. Organized a few projects; #PJSAF‘Street Art Festival Padang Jawa 2013 and ‘Population; In or out’ art exchange workshop, Malaysia and Indonesia. 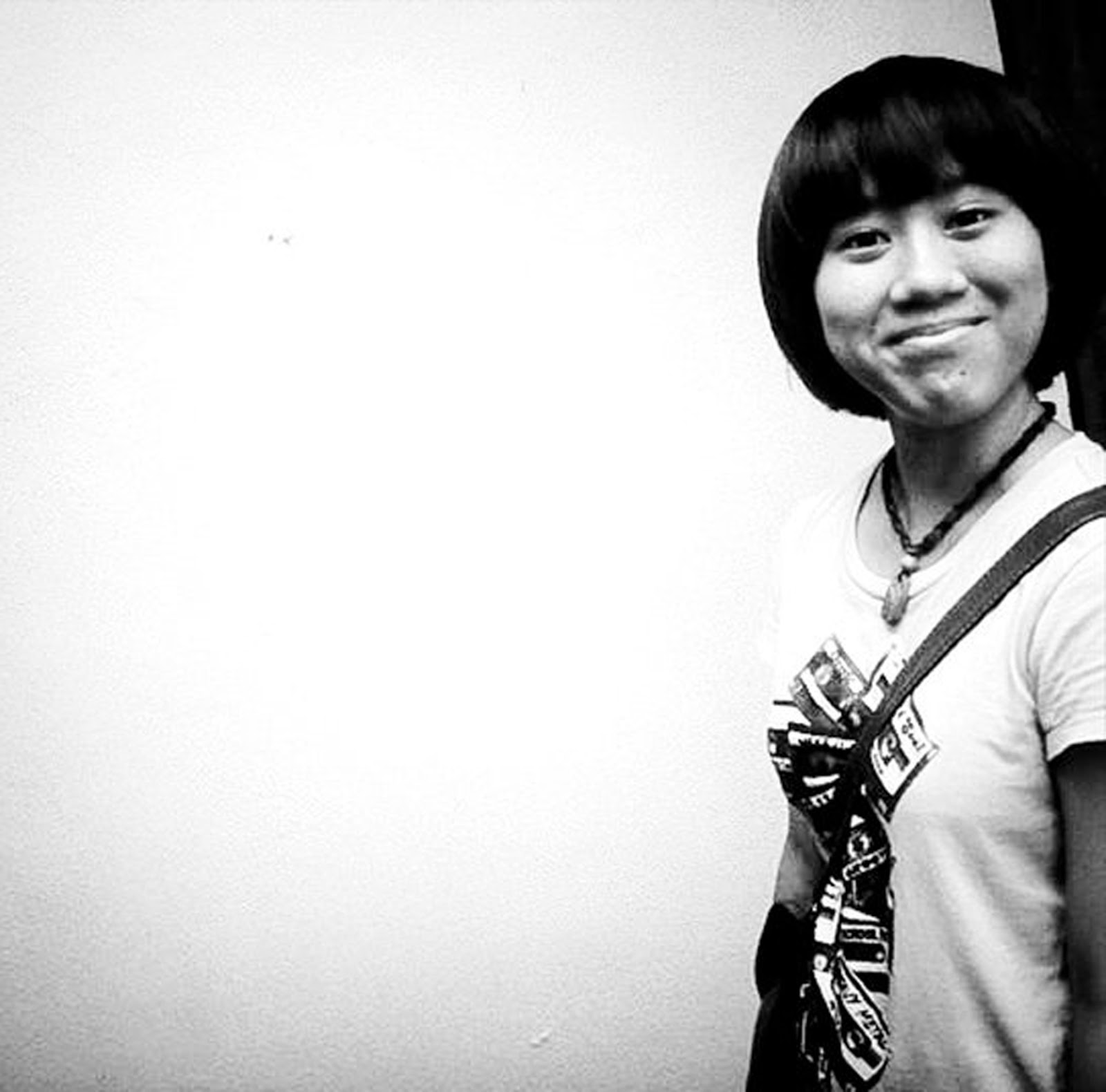 Chew Win Chen aka Okui Lala is a media artist based in Penang. With an interest in experimental arts,humanities and collective memories,she works independently as well as in collaborations with other artists, theater directors and NGOs. Her notable projects include "Duduk", a photography installation at a group show Home Coming during Georgetown Festival 2011 and  "Flow" (3.13min),a video screening shown from 2011-2013 in experimental film and video art festivals in Kuala Lumpur, Bangkok, Macao, Georgetown, France and Belgium. Her most recent recent work is "Sewing and Sew Eng" (9.09min) a video installation at The Good Malaysian Woman Group Exhibition (May 2014, MapKL), where she becomes both the subject and artist-performer as she attempts to negotiate with her mom in the creation of an art work. 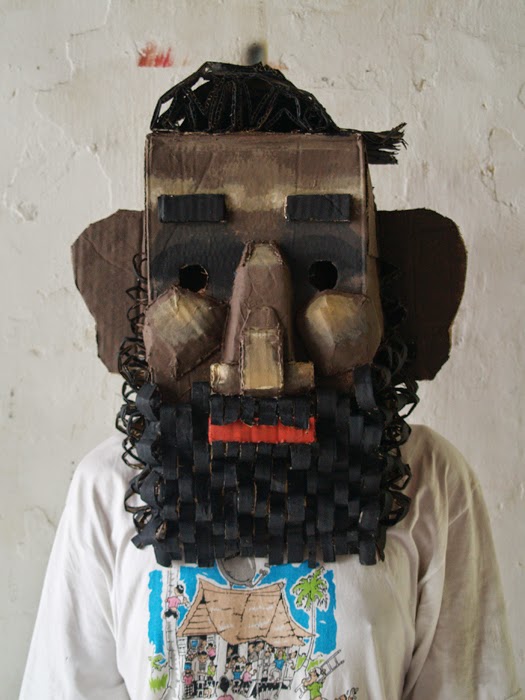 Bibi was long exiled from Penang State and has now returned to base in the island town. He started art practice at a very young age, doodling all over the town with single chalk in hand. He soon came to realised that chalk can easily be washed away by rain. Ever since then he started doodle with more chalks.  A college drop out major in Mechatronics Engineering, now he works as a part time dish washer in a cafe downtown. He love to create mask up-cycle trash that he salvage around town. He provides mural painting service for extra cash and have years of experience in street art practice. Among the experimental stuff that he has been doing is interactive street painting, not the type that Ernest Zacharevic does, but more of interacting street art with paintings, redefining the whole narrative. Sort of like graffiti over graffiti piece, something like that. He participated in few group shows and festivals including, "Urban Folklore" in Kunstraum, Innsburk. "Weapon of Mass Change", G40 at Art Whino, Maryland. and "Beyond Pressure" Contemporary Art Festival in Yangon.  ​ 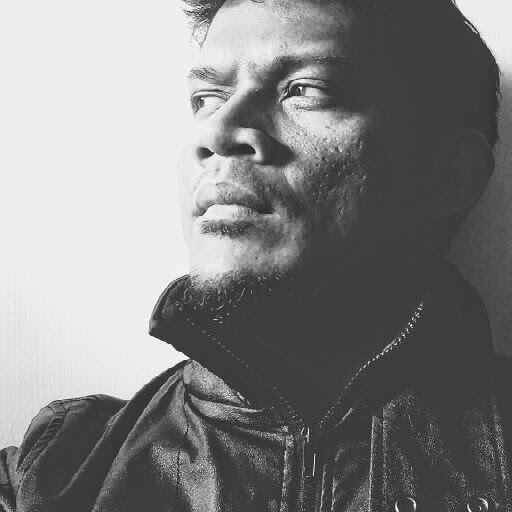